Bus Rapid Transit or BRT aims to provide a subway-like level of service and speed, but using buses rather than fixed rail trains. BRT systems are especially appealing to cities which are rapidly growing, because they are more than 10 times cheaper than subway systems to build and operate, and can be built much faster.

Worldwide, the Guangzhou BRT includes the following notable features:
– the first high capacity ‘direct-service’ BRT system, in which BRT buses can enter and leave the BRT corridor
– the first BRT system to include direct physical connections between BRT stations and metro stations
– the world’s longest BRT stations, with Bogota and Lima
– the world’s largest passenger boardings at regular BRT stations. 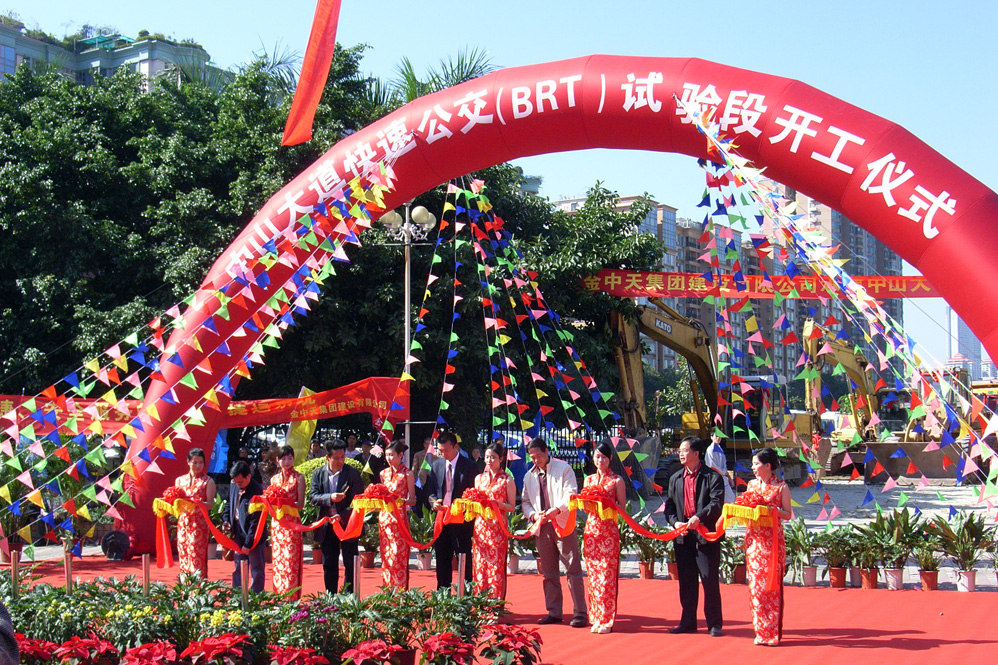 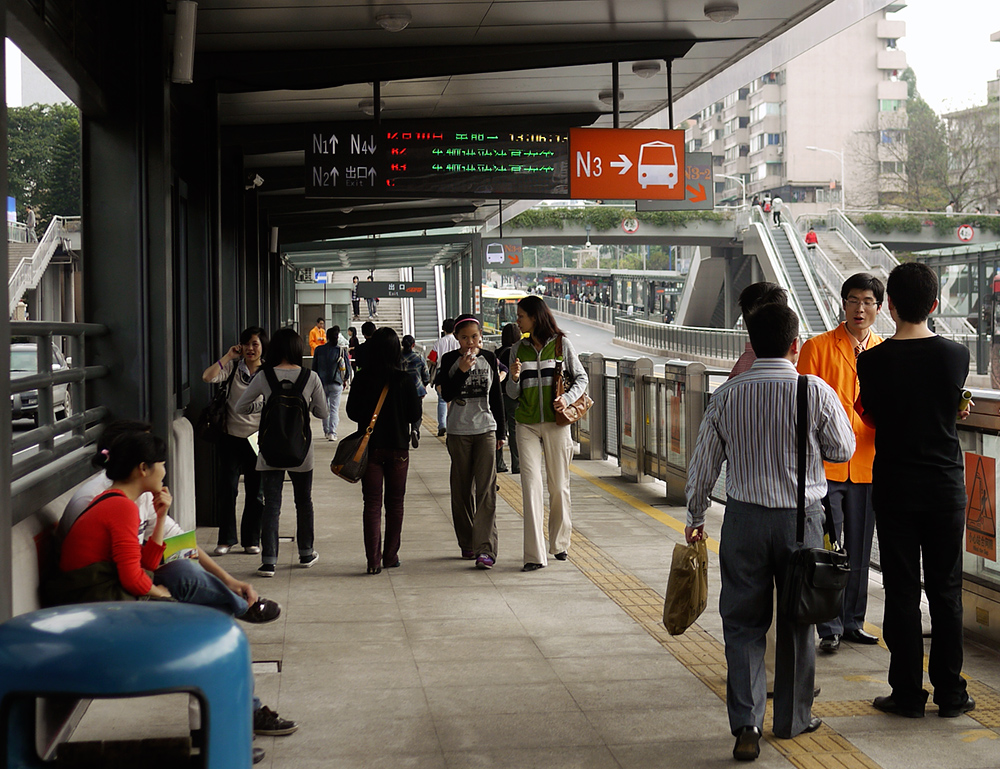 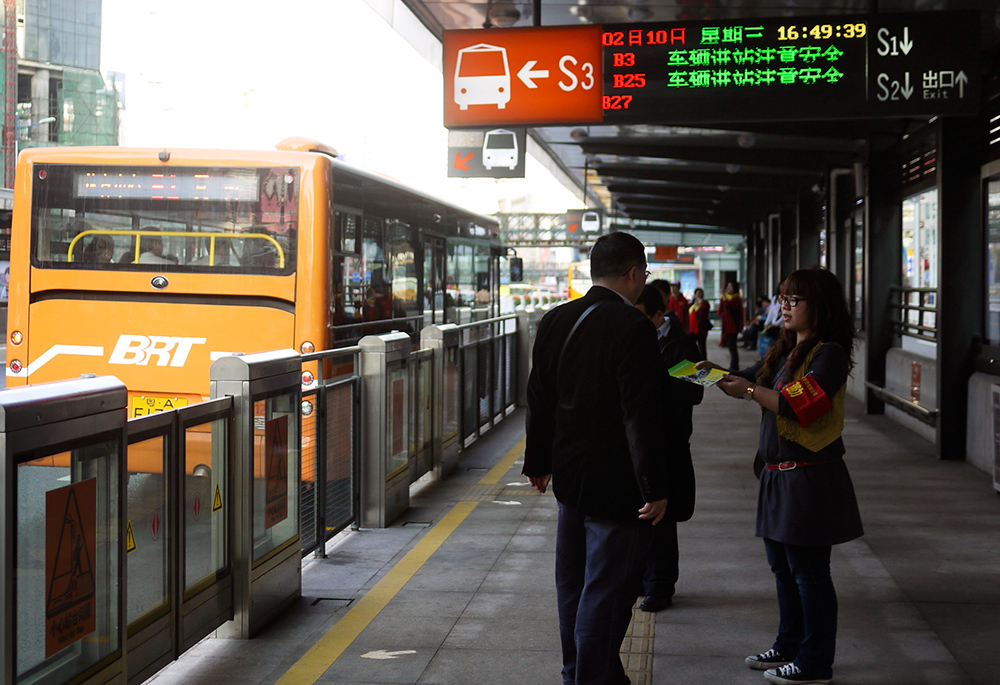 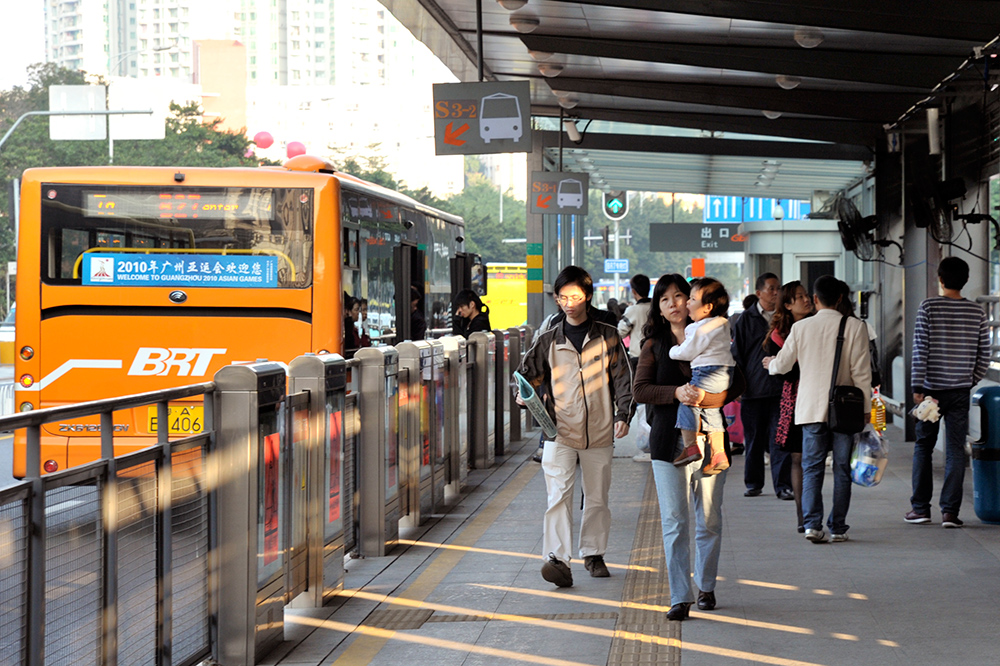 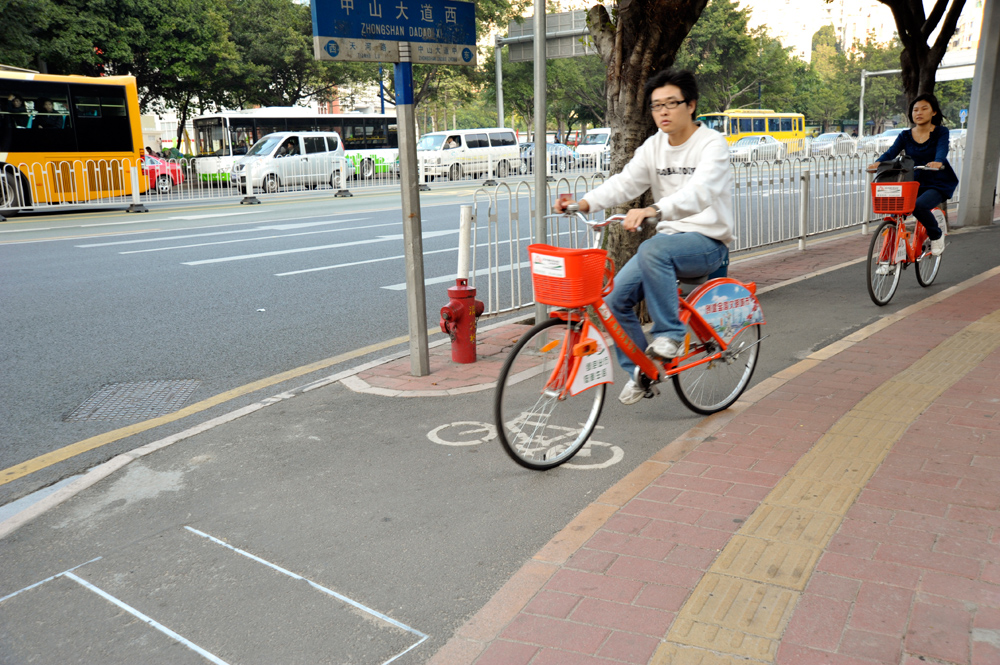 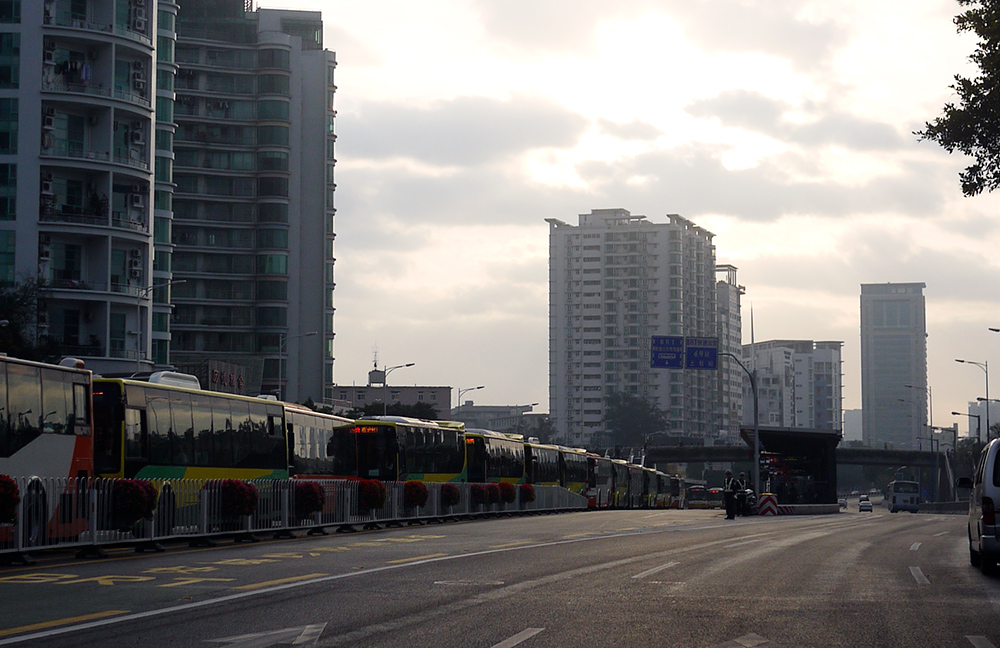 A queue of BRT buses at the intersection of Tianfu Lu and Zhongshan Avenue. Several operational problems still need to be addressed, especially during the morning peak hour. Oversaturation of some key stations and delays at some key intersections often result in relatively slow peak hour bus speeds. The key solutions are to take some routes outside the BRT system (operating in mixed traffic along the BRT corridor), and to modify the routes to reduce the large number of unnecessary transfers, especially at the first and last stations.